Photos from the Actual Solo Expedition

Hope you enjoyed it all as much as I did having you along... Thanks again, and see you NEXT TIME...!

PS:     Have you looked at the photos leading up to the satrt of the expedition?  There are in the post earlier to ths one...Check them out, if you haven't already!  (Go back to the Blog and look at 'Earlier Post'. )

Photos from Before and up to the the Start of my Solo Expedition.

Howard Fairbank
In 2004, after leaving a very successful and diversely adventurous business life, Howard made a radical move to pursue his dream of ‘Simply Adventure’, a simple wandering way of life, centred around sailing, cycling, and sea kayaking adventures, and one far removed from the capitalist and material world. In 2009, after years of solo sailing across the oceans of the world, and cycling the continents of the world, he moved his focus to Polar adventure. In 2010, together with three others, he completed an unassisted trek from Canada to the Geographic North Pole, joining an elite group of fewer than 60 people who have done this, one of the most difficult challenges on the planet. In doing so he became the first South African and at the time the oldest person ever to do it. His love for the purity of the solo adventure challenge has drawn him now to Antarctica and the South Pole, where he is attempting to become the oldest person, and first South African, to do the trip solo, unassisted and unsupported.

Email Marketing You Can Trust

My route to The Pole: Messner Start. 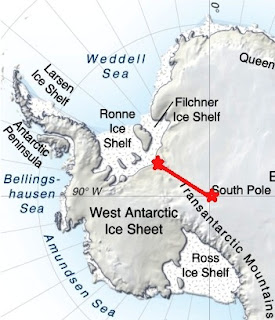 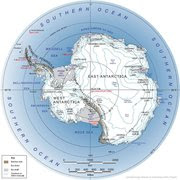 on 20th November 2011, Howard is scheduled to fly to a point 82'10"S 065'00"W on the Ronne Ice Shelf just off the Weddell Sea. This is the official, 'edge of continent', Messner start point, named after the famous Italian mountaineer and explorer, Reinhold Messner who in November 1989, almost accidently established this start point and the route to the Pole.

Leaving the Ronne Ice shelf, the route skirts the western edge of the massive Foundation Ice Stream and the Transantarctic Mountains, climbing gradually to reach the South Pole at 9300 feet (2835m). Being only 900 kilomteres, this is a shorter, steeper, less traveled and more committing route that the more popular ones following Scott and / or Amundsen expedition paths, from the Ross Ice shelf.

The conditions are hard and icy at the start,and there is always the danger of deadly crevasse, hidden by snow bridges. Sasstrugi, sharp irregular grooves in the snow, are hit or miss for most of the trek but tend to reduce in the last stretch of the trip, which becomes true ice desert wilderness. The low pressure in the South Pole can make the altitude feel more like 12,000 or 13,000 feet, which makes the physical exertion challenging.

Howard anticipates taking somewhere between 30 and 35 days to reach the Pole.